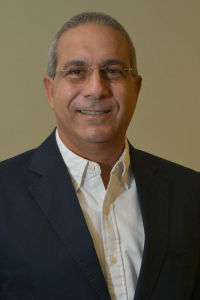 Rodolfo Ishak has had plenty of opportunities to launch his first condo project in Miami during boom cycles of years past, but he feels now is the perfect time.

Having completed more than 40 projects in his native Brazil, Ishak is making his Miami debut with Krystal Tower, a 35-story, 153-unit project at 530 N.W. First Court. It launched sales in November, starting at $342 a square foot, with an average price of $450 a square foot. It will also include 5,500 square feet of commercial space.

The property currently has a five-story shell of a project that stalled during the recession. Ishak’s company will build atop that structure. He plans to launch construction once presales reach 50 percent, he said. 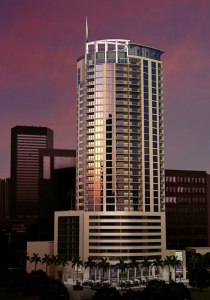 A rendering of Krystal Tower, planned for 530 N.W. First Court in Miami.

Ishak and sales director Roderyck Reiter said his company and his experience has reached a level where he feels comfortable to come to Miami, a market that’s more conductive than in Brazil. His reservations are evenly divided between Brazilians and Venezuelans. Both countries are suffering from economic problems and the weakening of their currencies against the U.S. dollar.

“It has helped us in Miami because of the instability and insecurity of the economy in both countries,” Ishak said. “People who have the capital want to take their capital to a safe market like this. … It’s like a savings account to them. If they keep it in their country, they will lose value on inflation.”

Ishak said his goal with Krystal Tower is to offer the amenities residents would expect at a luxury building at a lower price point. It helps that he paid only $3.5 million for the property, compared to the tens of millions of dollars that other developers paid to obtain land near downtown Miami.