A developer is planning to rebuild the Coconut Grove Metrorail station into a self-powered apartment and retail complex.

Grove Central will include a 330-unit apartment tower, along with retail space, parking and a bus station, according to the Miami Herald. Total cost is expected to be $200 million.

Solar panels are planned to cover the buildings, producing two megawatts of power. Underneath, massive batteries that are the size of six shipping containers will store 20-megawatts per hour of electricity.

Air condition for the building would come from a geothermal system using cold water pumped from underground. Groundwater and rainwater will also be used to provide cooling mist and for landscape irrigation.

Enough power could be generated and stored to make the building self-powered, while also powering Metrorail as it departs the station, planners say. The solar array and battery is known as an urban microgrid, and is the first of its kind in Florida.

A waste-to-energy plant that would convert sewage into power, compost and water is also in negotiations.

The developers are awaiting final approval from county transportation officials, with completion expected in 2021. Five other Metrorail stations, as well as 10.7-acres of land next to Miami Central Station by the airport, are now in planning or negotiations for similar sustainable projects.

Terra Group and Grass River Property are the developers of Grove Central, with Touzet Studio the architect. The solar project is also a pilot program for Florida Power & Light. 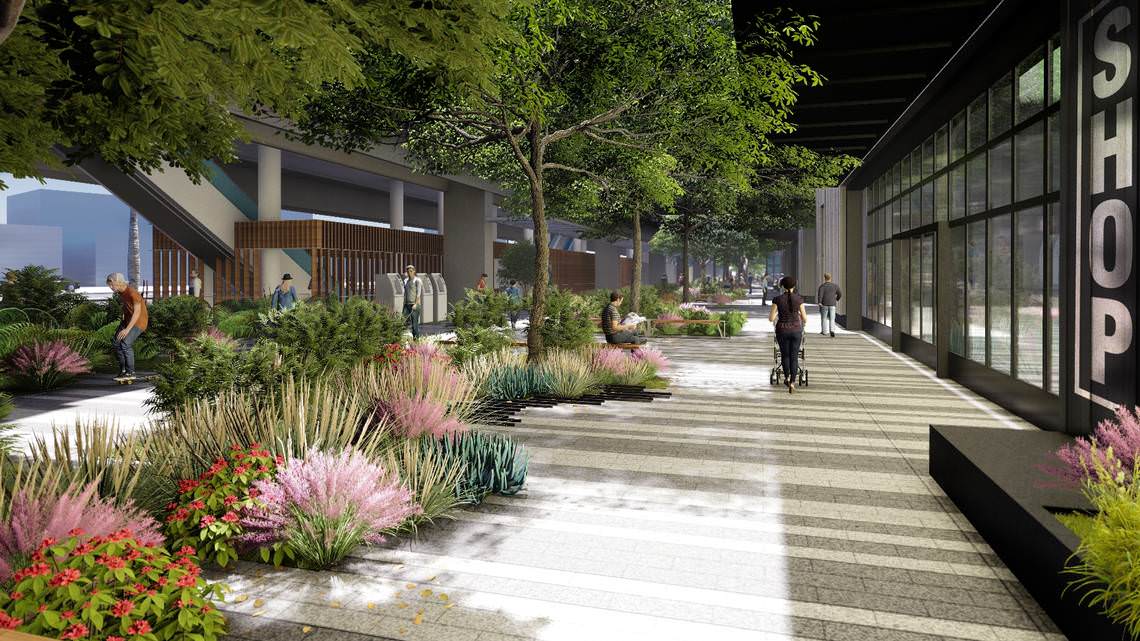