A Chinese investment group paid $38.5 million for less than 1 acre at 6747 Collins Ave. in Miami Beach. 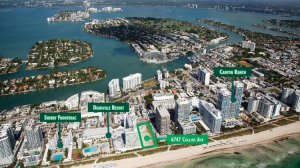 Its new purchase sits between 67th and 69th Streets with the Deauville Beach Resort to the south and Sterling condominiums to the north.

Approved plans allow a 19-story development with 60 residential units and a 150-room condo hotel with gross building square footage of up to 93,600 square feet. The company appears to be wasting little time moving forward with plans for the site. 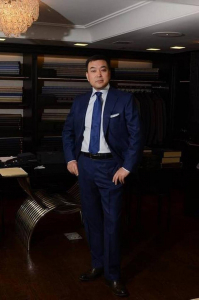 Information on its website shows CEO Shanjie Li and general manager Haibo Pan traveled to Miami and Atlantic City between March 31 and April 6 to scout development prospects. While in Miami, they met with real estate developers, architects and lawyers to create a land development plan, according to the site. Their meetings likely included CBRE Inc.‘s Miami-based hotel division since the real estate brokerage house announced Thursday it handled the massive sale.

CBRE executives Robert Taylor and Paul Weimer of the hotels division teamed with Gerard Yetming of the firm’s multifamily arm and Irving Padron of Engel & Volkers to represent Peebles Corp. They marketed the land as one of Miami Beach’s last vacant oceanfront properties.

“This beachfront site is ideally situated in one of the nation’s most sought-after real estate markets, a top-performing hotel market and a place where residential sales top $2,000 per square foot,” CBRE senior vice president Robert Taylor said.

“As the Peebles Corporation shifts focus to our large-scale projects in the Northeast, we will watch with great enthusiasm as China City Construction Co. brings this exciting development opportunity to life,” Peebles said.